for Briarcliff Oaks, and 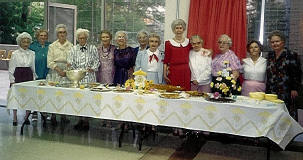 long time... but after nearly 24 years - Scott and his brother

decided it was time to take a hike

; so his beloved residents

threw him a really big

focused on the road ahead.

We head for water

at every opportunity, with a

book and a laptop, and couldn't be happier

and performing with Atlanta Ballet

They were both bored

with the same old routine

went to a post-race party for the

US10K    and it happened that Kristy

, a mutual friend told her a former

was in the kitchen

late into the night,

they didn't start dating    for five months, they

or that they would both

get into trouble together

Please take me to:

All Our Photo Galleries